Reflection on This Semester Fall 2018 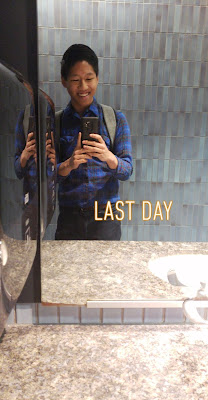 So I’m going to try to write this on mobile. Overall, good year! It seemed stressful, 2 CS classes, 1 EE, 1 Econ so 3.5 technicals?

I lived in Casa Zimbabwe, a co-op which I can describe as a communist trap house with art and freedom to draw on the walls, wild fun and parties, heck a cool people and tons of science nerds, the physics and neuro science people are so interesting to talk to. It’s a scary place to move somewhere new and not know anybody, but it was a good home for the semester. I met some good friends and look forward to make more. A goal, learn to be as open, confident, and comfortable in one’s own skin as they are. They had a stripping party and talked so eloquently at special dinner. Damn I’m slowly getting that confidence.

My favorite class would be CS 161 Computer Security. I didn’t think much of it enrolling, it just fit my schedule and I had heard it was an easier upper div but it was one of the most interesting, fun (still hard LMAO) classes. Security is a game, hackers hack systems, security experts build protections. Then new attacks are made and more protection is applied. And this repeats until you get crazy hacks and defenses. Cryptography was my favorite, with simple things like hashes, MACs, AES encryption, RSA and signatures you can do crazy crypto goop security in systems.

Next would be CS 61C Machine Structures (Intro to Computer Architecture). There’s the hardware software interface, software is implemented in assembly (RISC-V) and processed by the CPU (we made one as a project that was cool but way too hard and frustrating). Other neat stuff like different levels of parallelism, memory and caches, and virtual memory. I’ll CS 162 Operating Systems next semester, a continuation of this class it’ll be interesting and really hard I hear.

My third favorite was EE 16B Designing Information Devices and Systems II. A good continuation on EE 16A, circuits and applied linear algebra in EE. The lab was too long 3 hrs a week building electronic devices and a simple robot car both hard to debug. There were a lot of cool stuff like phasor domain, SVD/PCA, stability and feedback controls, and Fourier transformations.

Finally Econ 100A Intermediate Microeconomics. I took it for an upper div tech elective, and didn’t like it at first, it was basic made assumptions I didn’t think were good, and was poorly run, webcasts delayed by week, few office hours, little Piazza help. I learned about SLC at the end.

At the end, I should develop better study habits at the security final some people said they never went to class which is pretty common 50 out of 600 go to the 6:30pm-8pm lecture. I watched the webcasts and stayed on track but felt bad I had spent so much time on it. While studying it wasn’t deep like focused studying I should try more practice finals without peaking. I watched Netflix as breaks and YouTube but probably had too many breaks. Econ was lot of memorization I wish I remembered. It’s hard to motivate myself because grades don’t matter as much for me having a job offer at Amazon while others still need gpa to declare or get internships and jobs. I also might get into the 5th year Masters I’ve applied and just am waiting to hear back but I really want to do it.

I’ll write more in a part 2. Until next time!