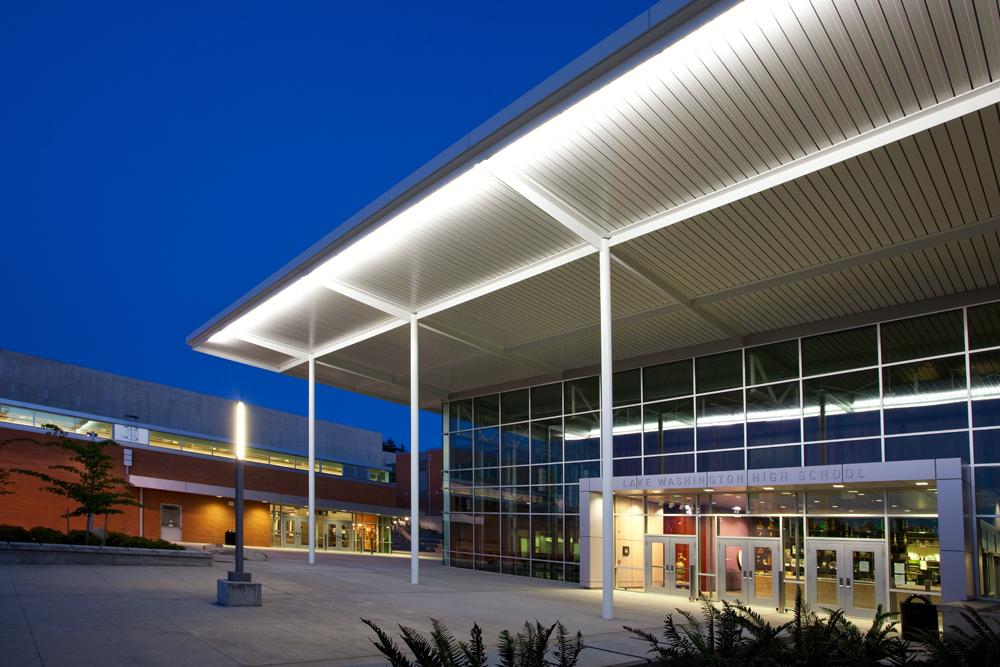 A continuation on my reflection on high school.

I stopped playing sports, I remembered wanting to, but my dad reminded me I might not have time and choose not to. I would have liked to do it, but it’s a compromise of my life. Grass is always greener. I was elected Vice-President of the Robotics club, we were going to start FRC robotics. I lost my friends that went to Running Start, I was the only left leadership in robotics and decided to take a low key role in the club. I ate their snacks, did homework, and helped build the robot when I had time. It was fun! I broke down twice, once at the opening event where some teachers stayed with me and comforted me. The second time was in St. Louis at a bowling alley, it was smokey, and I didn’t want to be there. I was somewhat uncooperative, working on self-learning AP Physics C. I did before school weight-lifting and enjoyed that. It was tiring but gave me good habits. I studied AP Physics C in the locker room before school lol. Calculus was easy, the teacher was enthusiastic. APUSH was good, I did the readings again, Beau Hansen is a beautiful meme. I did JSA that year and met many of my friends. Going to the events was fun. We were all conservative minded Republican-esque hooligans where everybody else was left leaning. I wished I talked with Beau more, he asked what I wanted to do, I said go to Caltech and study physics and not much else. I did AP Stats and loved it. I had to relearn the whole book in 1 day for the test but got a 5, ayy. English, Mr. Terich is really kind. English and composition isn’t my strong suit but I enjoyed it. I learned life lessons from him. Chemistry was easy, I think I should have failed a test but Mr. Cummings lost it and gave me a good score. I don’t know, maybe I did well. Spanish 4 with Ms. Flores, who is really sweet. I still am not that great at conversational Spanish, Adrian was though. We made a terrible potato quality video, in the morning and on the freeway, you can’t hear anything.

In the summer, I had applied to Microsoft High School Internship but didn’t get in. I talked about wanting to be a physics teacher and not as much interest in computer science, so they possibly didn’t take me for that. This made me realize I should learn more CS. I took summer classes at UW, CS 143, ECON 200 Microeconomics and ECON 201 Macroeconomics. 143 isn’t necessarily hard, but you can lose so many points, it’s hard. I got a 3.5 I think? Berkeley is way more difficult but has more leniency on points like style. I think it is because they auto grade, don’t check style. This is also what drove my hardcore school style, that I’ve been trying to pull back on. I also learned that all the CS coures were online, so I would sometimes look at the classes for fun, especially data structures and algorithms because I was interested in theory and they are useful for interview practice.

I did weight training again. It’s just a good habit builder. I also had been going to Pro Club with my family at night every day as our shower broke and it was easier with 4 people. My dad has a philosophy to spend money on the gym saves money on health costs like getting sick.

The semester was both tough and easy. I took 5 AP courses and UW Composition and Literature, so all college courses. Originally I was going to only take AP Chemistry and AP Physics II as sciences, but physics conflicted with AP Spanish, so I took AP Biology too. Taking three AP science classes, I got the science department honors. AP Biology was tough, there is so much memorization, and complex biological concepts/processes. I also didn’t do labs following instructions so my teacher would get mad at me. I really loved how complex and beautifully elegant molecular biology is though. Life is amazing; there are tiny mechanisms like ATP Synthase, DNA replication and you get to see the body as a fine tuned machine it is crazy nature could create such a thing. AP Chemistry was complicated too, but I felt I got a better feel for it and it went well with AP Biology. Dave Hale, his teaching is straight to the point. Everything has a purpose for the AP test and was clearly taught. AP Government, was less interesting to me, but we had good debates and talks. Mr. Dawson can always provide an opposing view and make you think critically about your political beliefs. Then I had UW Composition and Literature. Ms. Butterfield/Cuillier was really relaxed, and I enjoyed exploring English through the different mediums and writing. I remember creating a brochure for an idea, watching Cast Away, and listening to her stories. The environmental science connection was fascinating as when I took an environmental science class in college, I reread some of the same papers! I enjoyed the class looking back. AP Physics II was great as well. We had a tight knit group as our class was only 15ish people. This class explained a lot more of the natural phenomea, especially electricity and magnetism. Finally AP Calculus BC. A lot of it was review of AP Calculus AB and was pretty easy, some of the Calculus II topics were hard like series, but overall a chill class with completion homework. Math came naturally to me then, when Ms. Teal went over it, I would get it the first few times or get it in the homework. If only that was true in college.

I also created my own club, Advanced Science Club! At first, it was going to be complicated going over college/grad school stuff in a high-level way for Physics, Chemistry, Math, Computer Science, but eventually became us learning AP Physics C: Electricity & Magnetism. I should have taken more charge and gotten people excited and get people to come. That was also too ambitious. AP Physics II people came but eventually, it was baseball season and it was just me and Brian Wurtz, where I learned a lot and am thankful he took the time to teach me. The good thing is the Programming Club splinted off from my club and was a fun successful club in the school.

In addition, I went to Peru over Spring Break. Most of the other people were Sophomores or Juniors, but I had a fun time and got to know some of them. I had done a what would I do if I go to a Spanish speaking country project in Spanish III, and had made one about Peru. So when I was there, there was a church/catacomb and it seemed familiar; I realized I had written about it before. Seeing the places I had researched made the trip so much more richer. I visited Machu Picchu and other Incan ruins, went through markets, went through museums, had good food, played lots of card games, hiked near a marathon one day, and white river rafted. It was an amazing time.

Graduation was bittersweet. I did it after 4 long and short years. Looking back, I wouldn’t see most of the people again. That’s crazy but that’s life. Maybe they will read this and we can say hi 😁! The night party was amazing, disco, dancing in a prohibition style dance club, and hypnotist. I was exhausted, it was one of the few times I was up all night. And soon after that, I was off to Berkeley for summer classes.

Choosing college was kind of nerve-wracking. My Asian mom is always like I have this friend whose son had a perfect GPA and good SAT and didn’t get into UW and I would be like I’m fine mom, I’m pretty sure I’ll get in. And I did. I had also applied to Berkeley as a reach, and was ready to be disappointed but I am really surprised I got in. So my choices were Berkeley, UCSB Math CCS, and UW. All were good choices. Berkeley is a top school, but it is ridiculously expensive. UCSB Math CCS sounds really cool, intense math with more math geeks and eventually taking graduate classes, it sounded like a beautiful challenge. Again, expensive and would take all 4 years to graduate, “wasting” my AP work. UW is the home school, I got in for Chemical Engineering because I had watched Breaking Bad and found it really interesting and also wanted to help people, pharmaceutical sciences. It would be much cheaper, and I had thought about doing data science, and could graduate earlier too. I wouldn’t have gotten into CSE, I had a 3.5 in CSE 143, which is too low usually. I almost went to UCSB CCS, because math was my passion, I almost went to UW, because it was cheaper, and I did go to Berkeley because I said this would be the place I would regret most if I didn’t go.

I also studied what CS requirements would be like and realized I could declare CS with a 3.3 in CS 61A, CS 61B, and CS 70. If I took CS 61A in the summer, I could get a really good grade and would have competitive advantage after seeing the CSE competition at UW. And so I did.

Summer Session was intense and fun. I made friends with the people in the dorm. We would study, hang out, hike, explore San Francisco, it was a good time. I got to see the lunar eclipse in Oregon with them, that was awe breathtaking. The color hue becomes dimmer, until it’s like an evening dark with the magnificent moon blocking the sun. CS 61A was interesting, but I knew Python already so a decent part of it was easy. Scheme is really cool, and my partner really carried me in the interpreter project. The tests, I did really well, I would go through it, not know how to answer, but when I came back, I could come up with clever solutions and got an A in the class.

So this concludes my writing on high school. A lot happened and it feels really slow at the moment, but looking back, it went by really fast. I also want to note I don’t recall or write everything and my writing here is stream of consciousness. I am for honesty, there were many parts that made me depressed and closed, and others I really enjoyed. Friends are such an important thing, I’m glad I found some in high school. High school is honestly whatever you make of it, so if you are in it, I want to tell you you can take charge and make it the experience you want it to be. Change is not easy, but if you have a dream, it will be worth it to pursue it, live it, love it, and discover yourself along the way.